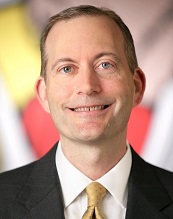 Welcome to my blog!

Hi friends, welcome to my blog! Hope you find something useful. Please leave comments, if possible, and thanks for stopping by! Cheers :) Contact me:

Also, I won the following too! ;)
PC's Semicon Blog won once, Electronic Components four times, Electronics Blog and Telecom Blog once each. See below: :)

Pradeep Chakraborty's Blog was selected as the best in the world in the Electronic Hardware category for 2008-10, by Electronics Weekly, UK.